SUMBA TEAMS UP WITH SUWO, NSWS, NWWE AND THE NSW RAILWAY BAND AT CARRIAGEWORKS!

In an exciting first for SUMBA, we teamed up with the Sydney University Wind Orchestra, North Shore Wind Symphony, North West Wind Ensemble and the NSW Railway Band to form a super-band on Saturday 5th August 2017! The performance at Carriageworks in Redfern celebrated the 100 year anniversary of the 1917 Great Strike, where thousands of railway workers walked off the job to protest a recent decision of the NSW Department of Railways and Tramways.

The super-band premiered a new composition by Andrew Byrne and Tom Nicholson. The open-ended work for massed brass (and wind) instruments uses fragments of workers songs from the time (“Solidarity Forever,” “Joe Hill,” etc.) but placed into a contemporary context. The sound of many instruments in the public space of Carriageworks playing sustained notes and fragments (all in E-flat major) sounded amazing. According to Andrew, the piece is more along the lines of a site-specific piece by John Luther Adams where players would play fragments at their own speed.

After the event, members from all bands spent time socialising and networking. It was agreed that another collaboration in the near future would be great fun! 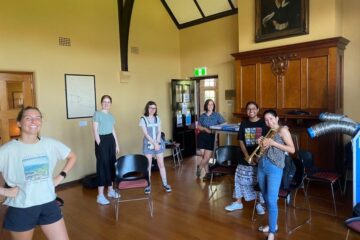 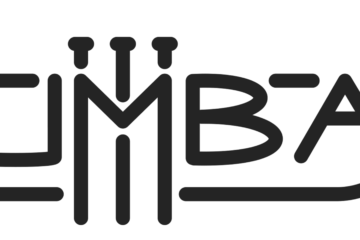